A downloadable tabletop game for Windows, macOS, Linux, and Android

Maximum Apocalypse is a cooperative roguelike adventure game for 2-6 players. In Maximum Apocalypse, civilization has already fallen. The players are survivors of the apocalypse whose mission is to survive the hostile landscape. The game map is randomly generated and different every time that you play. On each turn, a player can use up to four actions to explore the map, play cards, equip weapons, scavenge for resources, draw cards or battle off monsters.

Picking a unique survivor class within the group, players must plan their strategy and work together while leaning on their survivor's strengths in order to defeat monsters and avoid starvation. For example, the Fireman is deadly up close with his ax and can easily chop down monsters; meanwhile the stealthy Hunter is great at scouting the map and avoiding traps — but roaming monsters are gathering quickly and time is running out. If you are overwhelmed by monsters or die of starvation, the players lose. If they can find enough gas and get it back to their van to escape, they all win and live to play another scenario.

It's different every time that you play. First you'll pick the apocalypse and monsters that your group will face:

Each player selects a different Survivor with their own unique stats and deck of abilities and equipment. 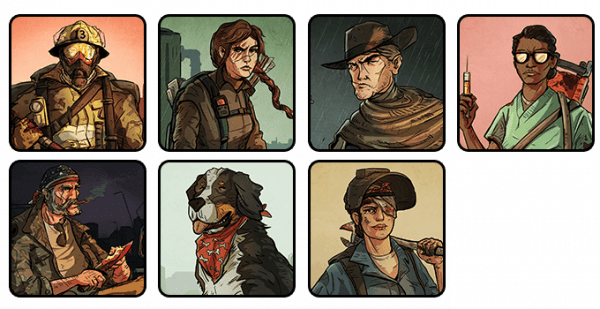 Every turn, Players take 4 actions to explore the randomized map, fight off monsters, play cards and scavenge for resources. 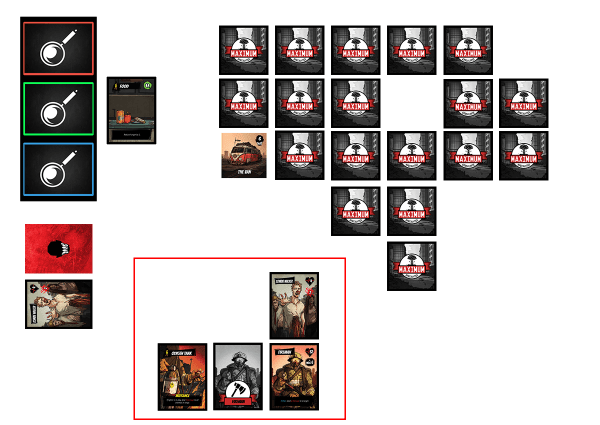 There are two types of cards you can play on your turn: Instants and Gear. 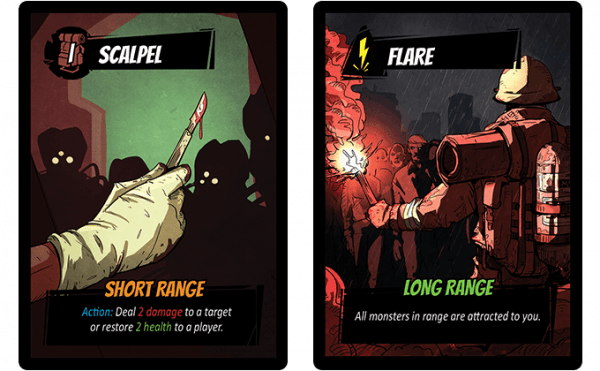 Instants are one shot cards that go you play for their effect and then they go in your discard pile. Gear is equipped and takes up slots but then gives you new actions that you can take.

For example, the Scalpel can be equipped for 1 action taking up 1 slot of your inventory. After it is equipped, you can now use the Scalpel to deal 2 damage to a target or restore 2 health to a fellow player.

Meanwhile, the mighty Fireman can use the flare to attract all the monsters to him in order to chop them down with his trusty axe.

As you explore the map, you'll come across new locations. Some of them are good and some can be very bad. 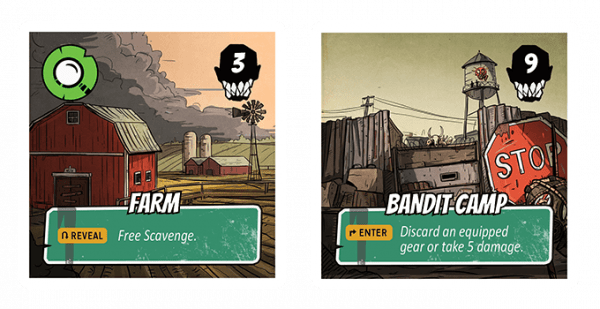 I've spent almost 2 years developing the game system behind Maximum Apocalypse. It's built to be very moddable, offer a ton of variety and a lot of replayability. As part of setup, players will select a mission or scenario. Most missions deal with you finding a particular location, collecting enough fuel to escape and then making your way back to the van. 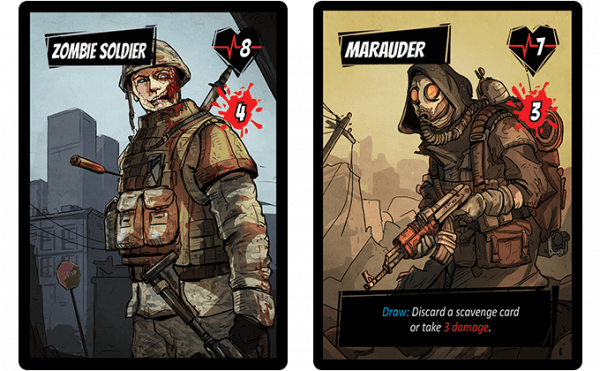 For example, an early mission is to rescue a Scientist who may be able to cure the Zombie outbreak. In that scenario, the Scientist has barricaded themselves in the Police Station. Players will search for the police station, rescue the scientist and then bring her back to the van to escape.

In order to download this tabletop game you must purchase it at or above the minimum price of $1 USD. You will get access to the following files:

I just wanted to compliment you on Maximum Apocalypse. It looks really good.
I bought the base set and the Gothic one (as I'm a big classic horror fan).
I also picked up Brass Empire.
I may not get to play any of them anytime soon, though, as my printer is out of color ink, but I wanted to show some support for the games.
Thank you for being interested in making a nice quality game that's solo-friendly, and making it available in PnP.

Have you thought about combining the older expansions into a bundle?
Buying multiple items in a short amount of time, even with Paypal, makes my bank get suspicious.

I noticed no scavenge backs to relate to the 9up deck fronts. I can deal with the map tiles as I will glue the fronts and backs on card stock but would be handy if you can supply a 9up scavenge back sheet on the scavengers front pdf.

Yeah I did this now in Afinity Designer before already but thanks for your reply.

My inkjet does not like the text on the card abilities that are on the black background so had to bold them up also.

I bought the pnp bundle that included this game.  I prefer the 9 grid layout, but noticed there are no map tiles, map tile backs, or scavenge deck backs.  How can I get those prints?

The problem is that in order to access the updated files, I would have to pay another $1.00, when I already spent the money to get the game in its entirety.  Help!

The Demo doesn't seem to work.  A little weary of buying the actual game if I am already having issues before I pay

Hi, thank you for developed this game and support with expantions pack. I bought Kaiju and pnp base game. Do you think make 9grid scavenge back and 9grid map tile ?

Hey, I just bought this and I had a couple of questions.

Anyway, I've only played the game solo so far, in Tabletop Simulator, but I'm looking forward to playing the Print and Play version IRL soon. I actually found it due to the Kaiju Expansion, which I'm probably going to get after I've played a few games.

1. Your equipped items are the cards you have played from your hand and equipped on your character.  You have 4 inventory (backpacks) worth of equipped gear.

2. Draw keyword is triggered when the monster is drawn not during your draw phase.

Hey, thanks for the response. I'll have to remember that for next time.

9grid scavenge.pdf have no back side ?

I'm not seeing the Scientist or Army Ranger survivor decks in the 9grid PNP or the MA Final Production Files zips. Are they in there somewhere (if so, what is the filepath inside the zip), or are they missing (if so, is it possible to get them somewhere else)? Thanks!

Did they already gave you an answer?

Nope, I haven't seen a response on that.

Those characters are part of the Kaiju Expansion 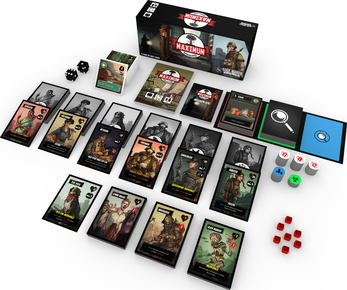 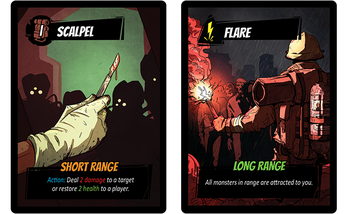 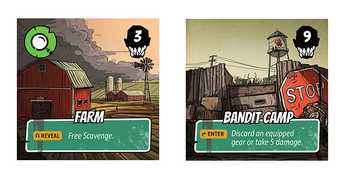 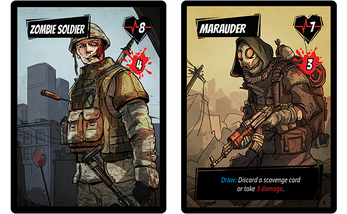